Develop your own Economic X-Ray Vision

If there is one thing everyone wants, it’s economic vision. As an investor, knowing what the economy will do next would lead to significant investment opportunities. On the other hand, there is an even greater benefit to society when the economy can be controlled and therefore predicted.  Even the best economists would admit that they don’t know what’s going to
Read More > 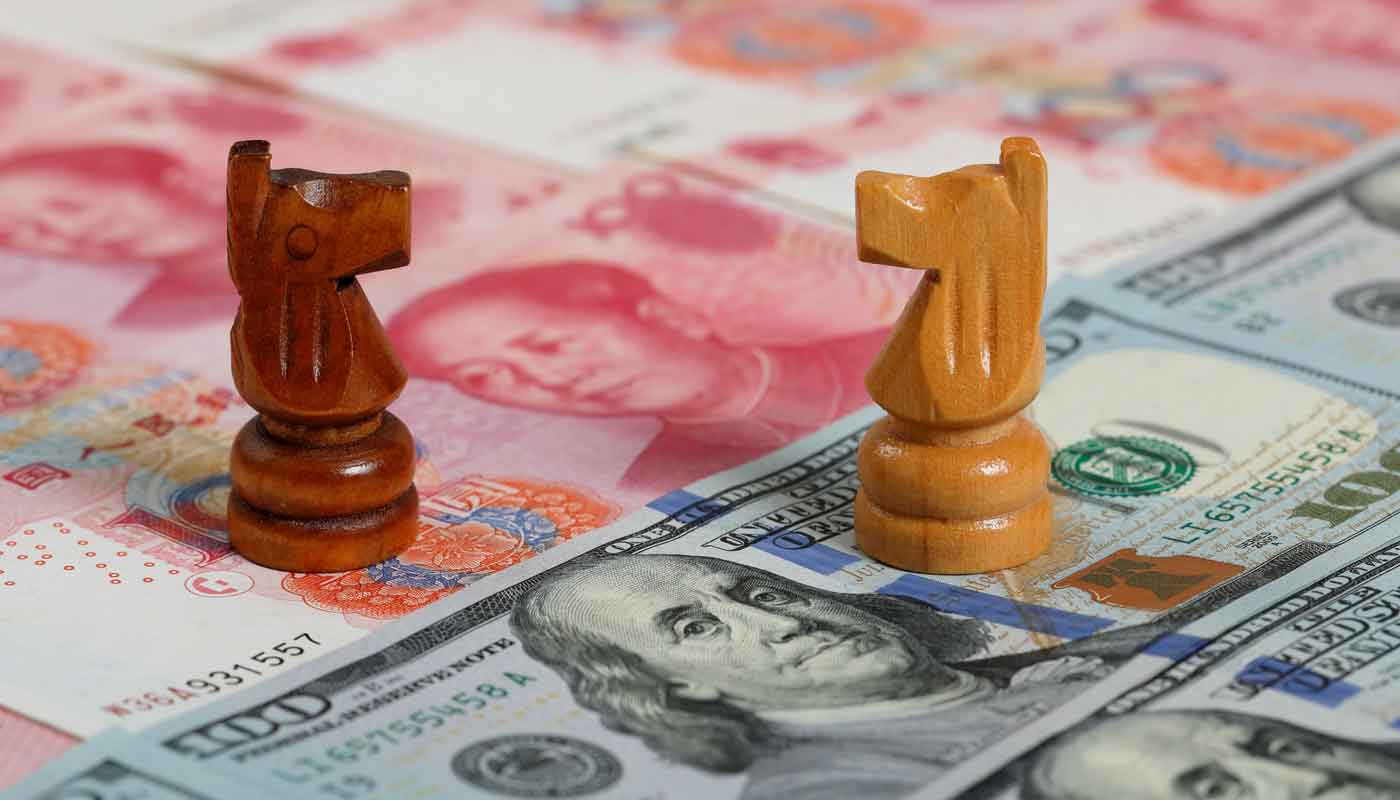 Why ‘Trade War’ is an Oxymoron

The notion of a ‘trade war’ between America and China is a hot topic on the tongues of politicians today — and yet it could not be more of an oxymoron. Viewed pragmatically, it is impossible to have a trade war when two nations are happily doing so much business together. As it turns out, the American trade imbalance with
Read More > 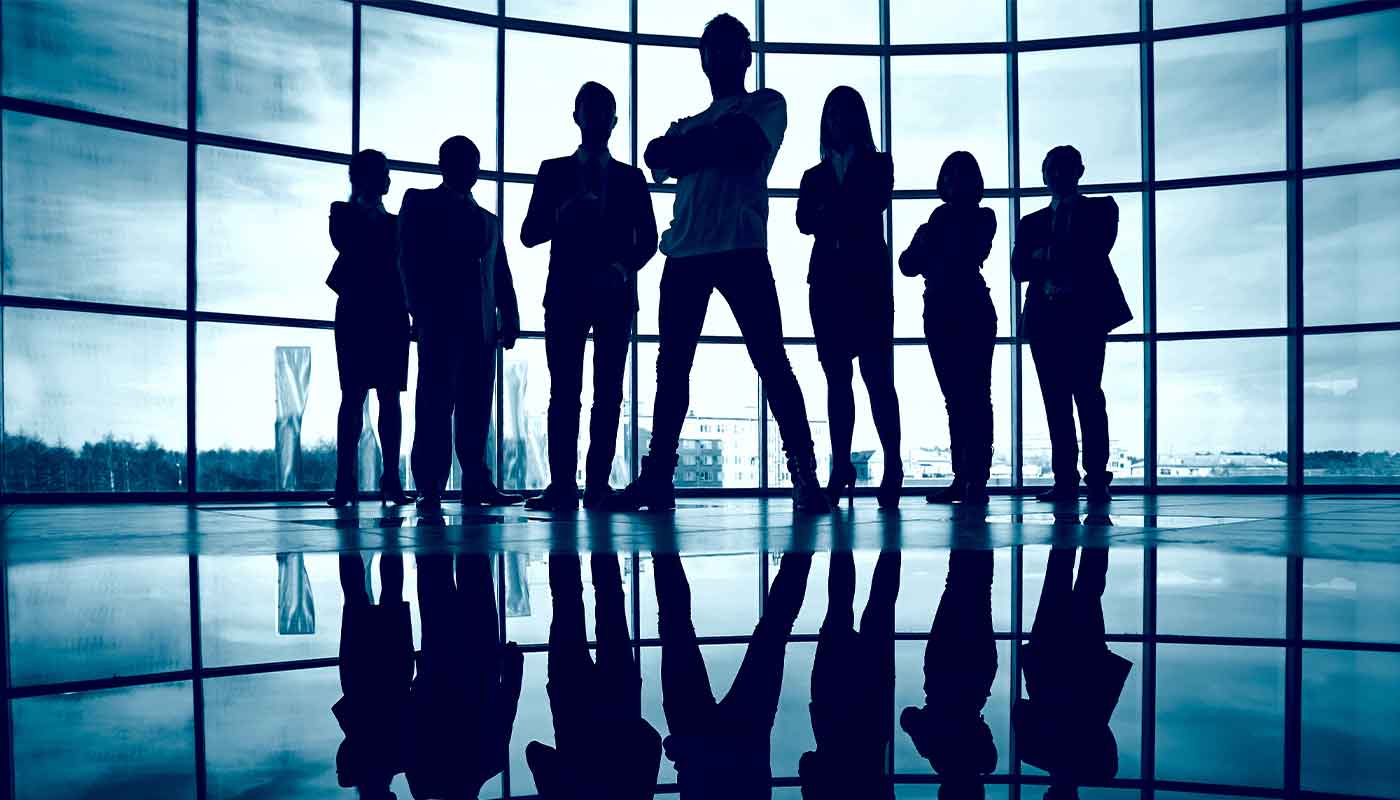 Gone are the days when “a man’s word is everything.” In today’s world, money means more. How about the expression “F-U Money!” The notion behind this idea is that there is an amount of money so large that a person can just turn their backs on the rest of the world and simply not be bothered anymore. This idea has
Read More > 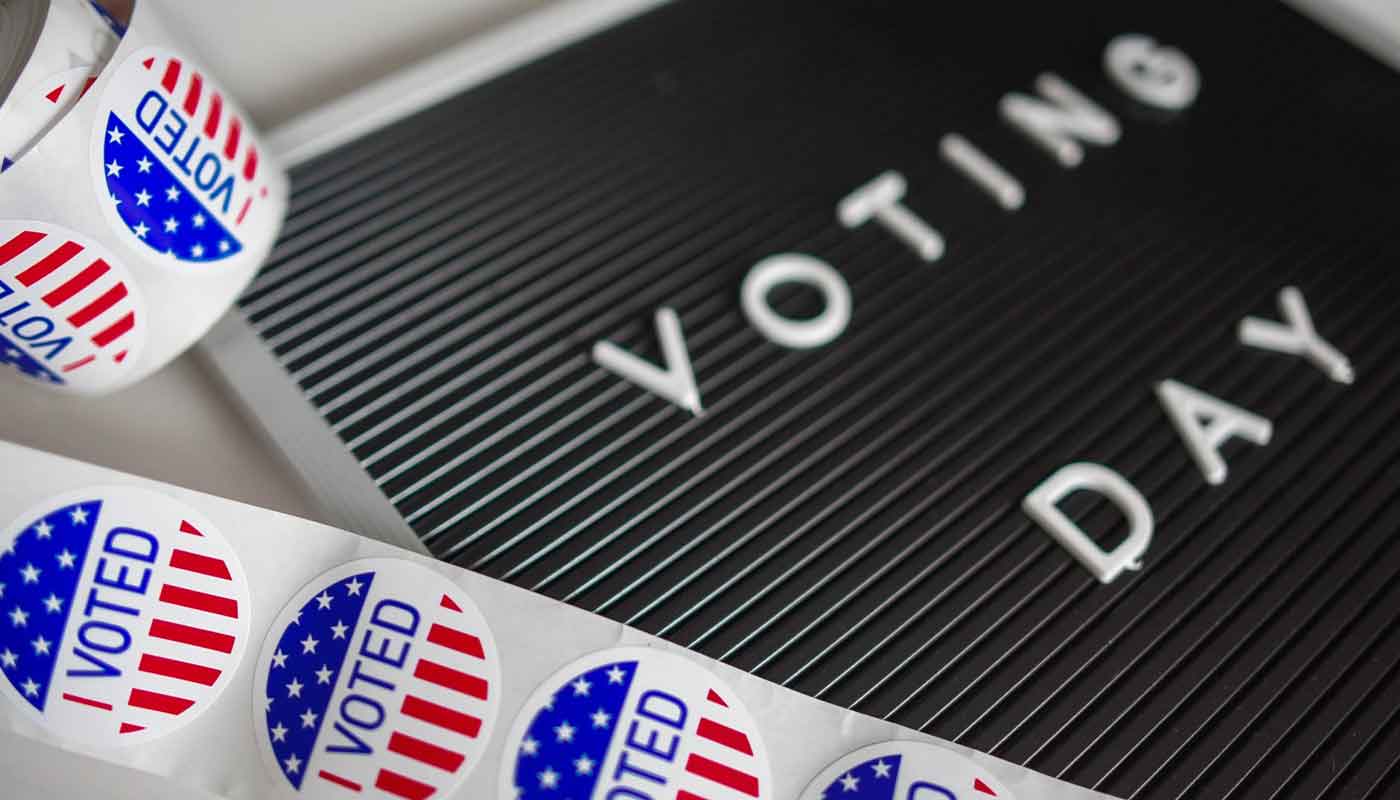 Why Democracy Has Lost Its Value

Political movements encourage people to vote. “Vote! Get out and vote!” they shout. The same edicts are repeated over and over as if democracy itself depends on it. Yet, nothing seems to change.  Or, to the surprise of the voters, even if their candidates win, the world’s problems remain in place with no reasonable solutions on the table or even
Read More > 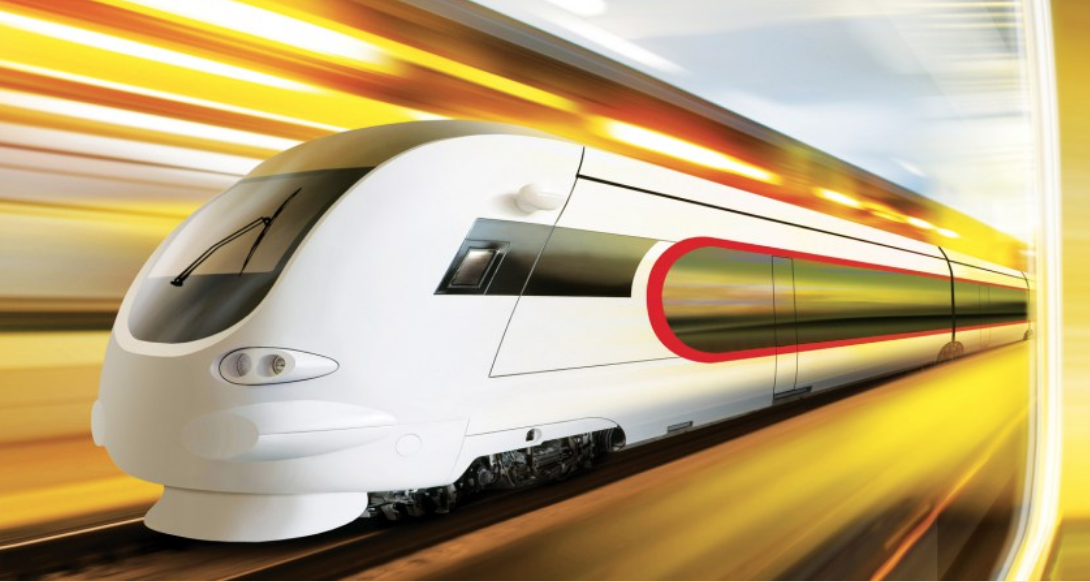 Where is the Technology Train Going?

Ever wonder where all these ‘technological advancements’ are heading? Hint: NOT humanity. Technology is a product of the banking industry. It is only deployed when it can return the initial investment or the loans from which the money was printed. This narrows technologies future scope. There will be no technology to eliminate poverty because poverty by definition has no money
Read More > 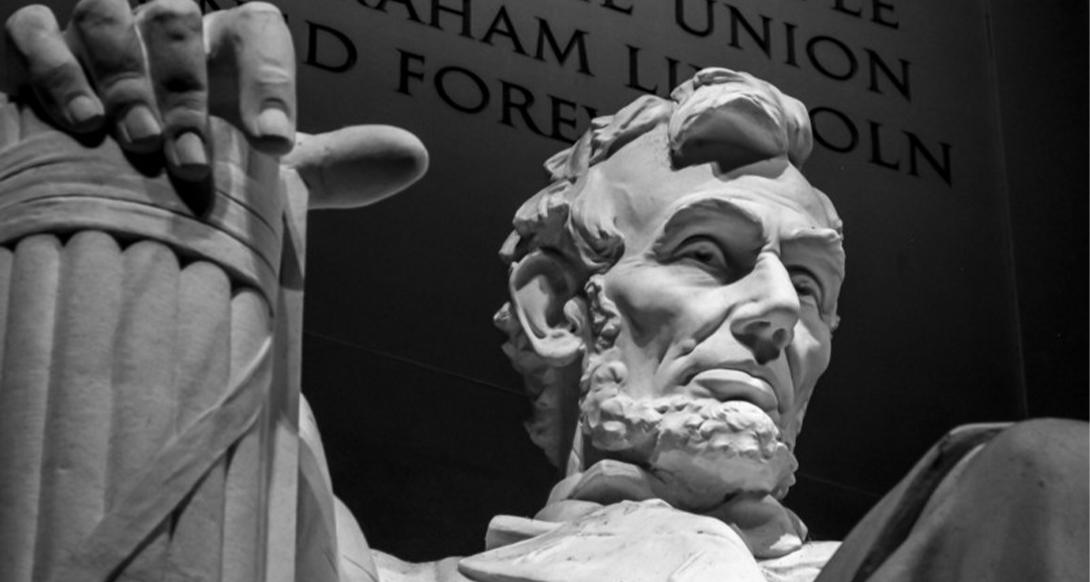 What America Can Learn From the Economic Failure of 1861

The American Civil War was as much an economic struggle as an ideological one. Lincoln often spoke about why slavery had to end in order for American society to actually reflect its founding principles of democracy and human liberty. However, emancipation was not the only reason to take up arms against the South. By 1861 a number of economic forces
Read More > 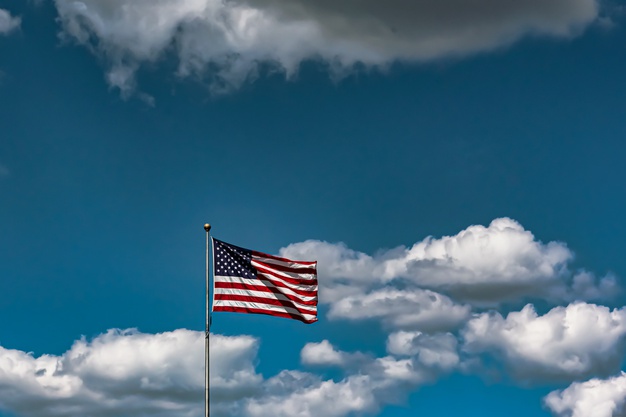 The Real Cause of Illegal Immigrants from Central America

There is a broad consensus that taking infants away from their mothers and putting them in separate cages is not an acceptable way to treat families who cross our border. Our nation concludes now that migrants from Central America don’t deserve to have their innocent children tortured by our agents. But, there are still disputes about what the migrants do
Read More >

The Unrealistic Wealth of Our Nation

The great economist and social philosopher Adam Smith famously observed, at the beginning of the Industrial Revolution, that the productivity of its people are the wealth of a nation. Precisely! The more a nation’s people produce goods, the more money in the system to spend, generating more jobs and firming up a country’s economic strength. Further, in such a scenario
Read More >

If there is one thing everyone wants, it’s economic vision. As an investor, knowing what the economy will do next would lead to significant investment opportunities. On the other hand, there is an even greater benefit to society when the economy can be controlled and therefore predicted.

Even the best economists would admit that they don’t know what’s going to happen next. Despite their long, exhaustive years of academic study, they all graduate with blindfolds on. Yet, we routinely turn to economists to help us solve our biggest problems.

How do you develop x-ray economic vision? The same way engineers can predict the future for bridges, buildings, and just about anything else they build. They use science and apply it to make predictions about how things will behave in the future. Imagine if it were possible to see the economy like engineers see the products they design. Imagine the insights one could get into what is going to happen next.

So, if you want to have relevant insight into what the economy will do, start thinking like an engineer. An engineer looks at the inputs into a system to determine the output. The mistake many economists make is they start with the output and try to figure out what the output will do next, with little luck. Believe it or not, economists look at human behavior, which is the output of the economy, for their answers.

It is also obvious that the economy is driven by money. Money is the backbone of all transactions between people, whether we’re talking about governments, corporations, or individuals. So, most, if not all, economic issues stem back to money and that means we know where to start fixing our problems like an engineer…right?

If all transactions are made with money then if you follow the money where do all the roads lead back to?  What are the institutions that facilitate the transactions we engage in daily? The fact is, when it comes to the issues related to our economy many of the usual suspects aren’t to blame. It’s not governments. It’s not billionaires hoarding money. It’s not even the gigantic corporations we’re seeing all over the planet.

When you consider the engineering principle that inputs into a system directly control the outputs, the input for our economy starts with banks all around the world which controls the outputs. Consider then the power these institutions have with this kind of control over money. By default, they will control everything a government can or cannot do, which in turn puts them in control (whether directly or indirectly) of the levers of the law. But that’s not the problem; it’s merely a symptom.

Think about how the US, whose banks are very much in the driver’s seat of this arrangement, runs its economic policy. When the economy starts drifting too far in one direction or the other, the Federal Reserve either raises or lowers interest rates in an effort to bring things under control. Who benefits most from this interest rate manipulation, though? It’s not you or me. It’s not even the US government or any of its representatives. It’s banks. Banks benefit the most. These interest rate moves directly benefit commercial banks by stabilizing markets, inflation, and the availability of cash used to make loans—which make those banks money that they turn into more loans.

For many of us, we’ve been conditioned to believe that the system in place today is how it must operate. Some might say, maybe it’s not the best, but is it really so bad? The answer is, yes and here’s why: it can and will collapse. The foundation of our economy is driven by debt and any system based on debt is, to my mind, doomed to fail.

Why? It’s the same reason you can’t drive a car by the pedals alone. Sure, you can slow down and speed up but you need to use the steering wheel to avoid a tree. Engineering the economy means that we get to use a steering wheel to not only make our existence sustainable but also filling our lives with opportunity and essential liberty. In essence, an engineered economy allows engineers to build a society as the founding fathers intended and according to the Constitution which was created to protect our inalienable rights of life, liberty, and the pursuit of happiness.

When we acknowledge the root of the problem is the banking system and how the problem is systematic in nature, then we can begin to make the changes needed to heal from the crippling effects of this broken system.